I’m proud to be a small part of this big movement to fight racism, bigotry and injustice. The completion of this work is centuries long overdue and we have an opportunity right now to change the situation for the better.

I’m truly amazed to watch the youth lead out here in beautiful Oceanside. Hearts and minds will be won with peace and love and our young people are showing how this can be done on a daily basis. For the past 2 weeks, our community has consistently set the example of how to make a true and positive difference in this movement.

As a historian, I have a unique understanding of racism and impact of it on our country. It is beyond disappointing that our Constitution was a compromise to keep slavery at the expense of freedom from King George III through the Three-Fifths Compromise among other discriminatory laws. We could have put an end not just to slavery and racism in America back then, right then and there… but we did not.

We had an opportunity to end racism once and for all after the Civil War… but we did not. Instead, the Reconstruction Era did not provide adequate permanent protections to black people, which ultimately led to deep segregation and Jim Crow laws.

We even had an opportunity to end racism and bigotry after the Civil Rights’ Movements of the 60s’. Busses, restaurants, jobs, and yes, even houses, through covenant restrictions were all ways in which black people have historically been discriminated against up until and even after the 60s in some places. Although we made significant progress then… we still have not completed this important work.

The fact is that we have been bleeding for so long on this issue that we don’t know how to stop bleeding. Racism and discrimination against black people is a core institutional problem, it’s not just about police brutality, but a historical characteristic of our country. When people speak about institutional racism, they are talking about the way society has created racism and continues to reenforce it at every turn against black people.

But now we can…

We cannot lose this moment. We MUST seize this opportunity to call for and create new policies which will de-militarize the police​ and create everlasting change to end institutional racism once and for all. We must not only work on police reform such as increasing body camera filming, community policing and citizen review commissions. But we must also work on reallocating police department funds to effectively deal with our homeless/housing crisis, provide more for our healthcare and prehospital healthcare providers, firefighters, and invest more in education to keep our community safer in the future. In Oceanside, we have a comprehensive plan to effectively deal with these issues which goes beyond the scope of this message. 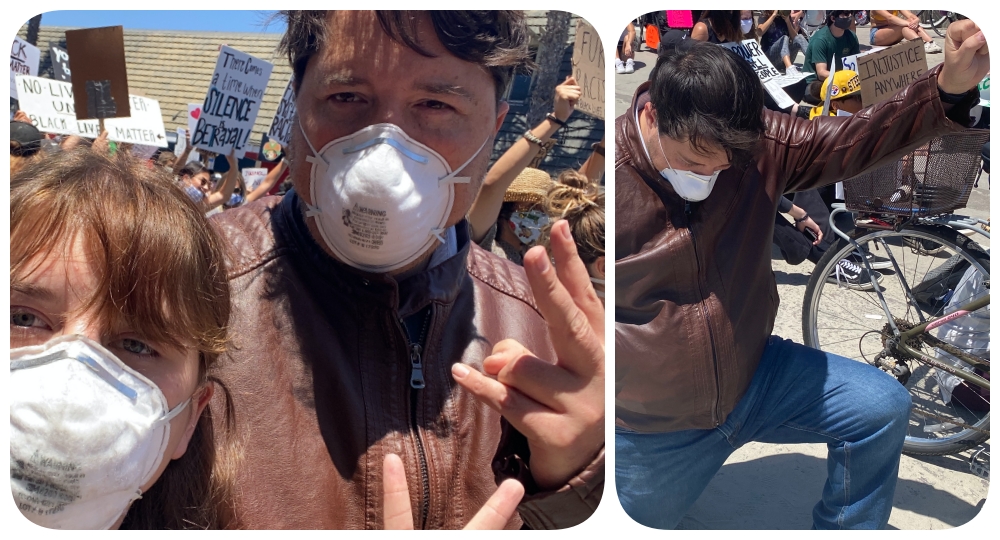 I was so proud of my daughter, for attending todays’ protest — to pass along this passion for civil rights to the next generation and to have her participate in it first-hand. Thousands of people, from all walks of life were out there in force today, supporting the Black Lives Matter Movement.

I can promise you that I will do everything I can to address the issues we have inherited over many generations and help to solve them once and for all.