I have previously reported issues indicating “Vote Hacking” in the following states: Arizona, Alabama, Alaska, California, Colorado, Connecticut, Florida’s primary election, Florida’s general election, & Georgia. There could potentially be other explanations for some of the circumstances offered, however, information provided may indicate characteristics of hacking. When combined with other states, this evidence substantially increases the likelihood of systems vulnerability and election hacking throughout the country.

On November 3, 2016, it was reported that Hawaii was working with the Department of Homeland Security to secure its election systems.

On November 8, 2016, there were reports of equipment problems at 18 different polling places with ballot scanning machines.

At Aiea high School and the University of Hawaii Laboratory School, there were reports of machine malfunctions. One of the voters, Jamie Swan, left with her ballot and said she would return later because of her experience with the machine at the Laboratory School. The precinct chairperson explained that the e-SCAN machine rejected ballots and even crumpled one voter’s ballot.

At Kapunahala Elementary School, poll workers were temporarily unable to find machines because they had allegedly been moved to another location by janitorial staff.

At Kapole Precinct, one voter explained:

At Manoa Elementary, the voting machine malfunctioned for an unknown reason and was down for 4 hours, from 7AM to 11AM.

There were also reports of machine jams among numerous other issues with the machines reported across the state. Despite the issues, Hawaii County Clerk Steward Maeda appeared confident, stating:

“All of our issues with our voting equipment is fine and people seemed to be voting with no problem.”

However, multiple issues reported across the area indicate large scale problems. Perhaps the Clerk was unaware of all issues occurring?

Hawaii experienced numerous and significant issues with its voting systems. This is highly concerning because of the potential for vote hacking. Again, such characteristics become an issue with so many problems with the machines spread out all over the state. Additionally, there needs to be a uniform and transparent system of reporting machine malfunctions and investigation results which are reported to the public who deserves nothing less.

Secretary of State Lawrence Denney explained that around November 8, 2016, it detected scanning of its election systems. Secretary Denney explained that access came from a Department of Homeland Security IP Address. He appears to have gained this information after Georgia Secretary of State, Brian Kemp sent the DHS IP Addresses to several states. Secretary Denney explained that many of those states had reported back to Secretary Kemp that their own systems had been scanned by the IP Address alleged to be DHS. In an earlier article on potential vote hacking in Georgia’s election systems, I discussed that DHS’s explanation was that a contractor had accessed the systems using a method identified using HTTP Options, in order to obtain information about whether a person was licensed.

As I had previously explained:

“Scanning activity – Georgia presents a wide range of issues which need to be addressed. It is likely that the “scanning” activity attributed to DHS was, in fact, occurring by the FLETC contractor in a routine performance of his/her duties in order to more rapidly obtain data. As there has been no further public pursuit by Secretary Kemp nor another official report provided to the media, it is likely the DHS analysis of the result is accurate.

However, it also seems plausible that scanning activities could have taken place in an attempt to assess Georgia’s systems for weaknesses. Secretary Kemp seems to imply nefarious intentions, but again, there has been no further evidence related to back up the claim presented to the public.”

Both Idaho and Georgia refused help from DHS to protect their elections further. Secretary Kemp explained later that one of the reasons for his state’s denial was that DHS had been offering the states “out of the box corporate solutions that some states needed. [Georgia] did not because we were already using our own.”

Secretary of State Denney (Idaho) explained that the DHS IP address showed up on their server on multiple occasions. DHS explained that

“When DHS conducts a cybersecurity scan of a network or system, we do so only with the cooperation and consent of the system owner.”

Secretary Kemp’s (Georgia) relaying of IP address information to Idaho and other states is important to note here.

Idaho’s experience demonstrates concern regarding the DHS IP addresses provided by Secretary Kemp and distributed to the other Secretaries of States. While the Georgia incident had been explained as it related to the issue described above, with the contractor accessing the state website to obtain employee information, we should question why the same IP addresses accessed Georgia’s election system around November 8, 2016.

Additionally, we do not have many details related to the scanning activity in Idaho and there are not enough reports for us to make a definite conclusion at this point. As will be shown in future articles, the same IP addresses were alleged to have scanned other states, such as Indiana, thousands of times. Interestingly, scanning occurred after the election into mid-December. This is concerning because we need an explanation for why such activity took place.

Was this the result of an active investigation?

If the IP addresses were from DHS, what would the agency have to gain from scanning a system after the election?

Why would DHS scan a states election thousands of times?

It also calls into question the conclusions in Georgia’s case. Further information is required and should be disclosed from the states and federal government so we can make a proper analysis. Transparency related to our elections process is key.

General Public License version 3 is the best possible solution at this time. It is inexpensive, non-secret software and more secure than what we are currently using.

Deploying a system, such as that advocated by the National Association of Voting Officials, which contains both paper ballots and true open source coding (not secret) can help to prevent another national security crisis. We deserve better than to permit our systems to be insecure. It is critical that we act as soon as possible — as these problems will only continue to grow if not addressed immediately.

We all knew this was coming. Where are our representatives??

“About 36% of renters, who are more likely to work in industries devastated by the coronavirus, missed their July housing bill, compared to 30% of homeowners.”

July marks the fourth month in a row that a "historically high" number of households were unable to pay their housing bill on time and in full.

“It’s a trend experts believe occurred as California’s reopening accelerated in late May and people returned to pre-pandemic routines around Memorial Day, with some people not wearing masks in public and people returning to social gatherings.” 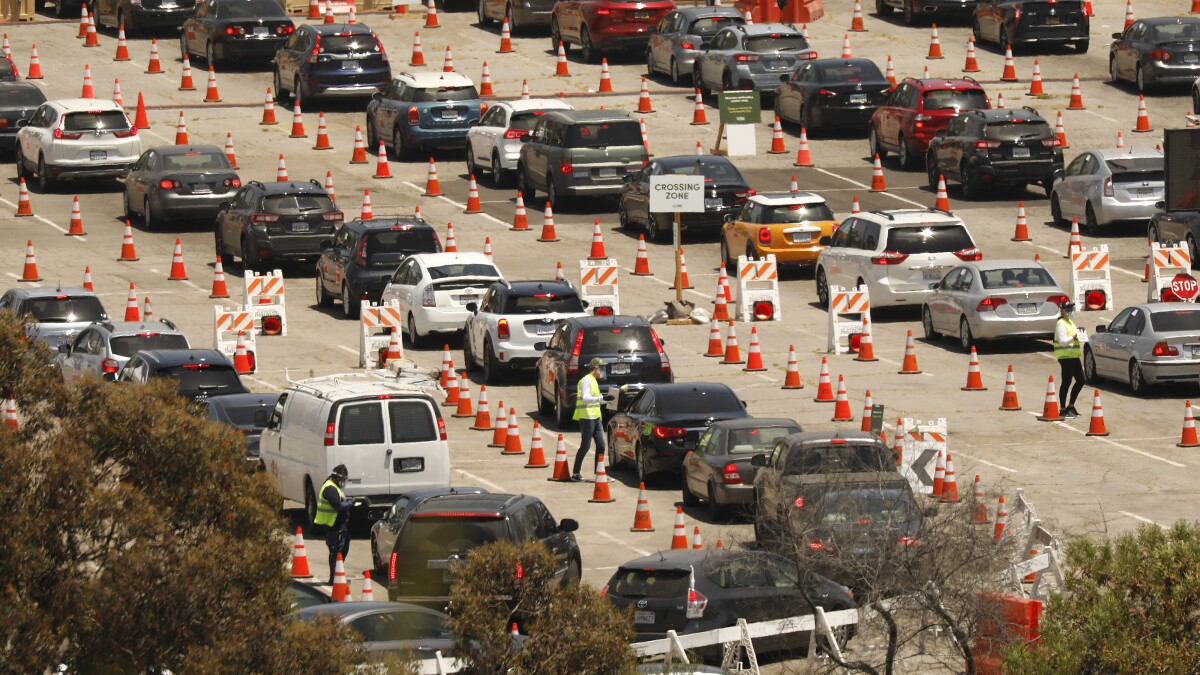