Donald Trump has scheduled to name his Supreme Court nomination amidst intense controversy over what many call a Muslim Ban and despite Attorney General Yates‘ recent refusal to support the order, calling it “illegal.” Increasing the controversy, Trump has also issued many other executive orders which legal scholars blatantly call unconstitutional.

Additionally, questions surrounding the legitimacy of the election as well as election integrity continue to loom over the administration. In the famous, but still disputed dossier, written by Christopher Steele and controversially published by Buzzfeed, the document seems to allege that Trump was not only a willing participant, but perhaps the solicitor of the arrangement. It claims that Trump paid people affiliated with the Russians to help with election influencing, hacking, and other nefarious acts. It also alleges that there was an offer to eliminate Russian sanctions on businesses/the government of Russia in exchange.

Additionally, many of Trump’s advisors have historically had business ties to Russia and might benefit from the removal of any Russian sanctions.

For example, the dossier alleges that a Trump cabinet member was offered business interest in a Russian company in exchange for helping with the scheme. Plus, Russians benefit from the removal of sanctions as their primary export is oil and world trade has been setup to their great disadvantage recently. It would be easier to source this information if we were to see copies of his tax returns because we would be able to look at his business interests and compare them to the dossier.

The dossier explains how compromising information is used against politicians and businesses: by hijacking their information, collecting their email attachments and contents, analyzing it, and blackmailing or bribing lawmakers into going along with their agenda. The legitimacy of the dossier is vehemently opposed by both the Russians and the Trump administration.

It must also be noted that the Europeans have motive for writing it, such as to preserve NATO or their own strategic interest in Europe.

However, it is incumbent upon us to consider the possibility that elements of the report may be accurate considering the factors to be discussed below.

Inherently, politicians want to have a good relationship with Russia. In fact, most people want to get along with the country — they identify with the people of Russia, value their culture, and hope to be able to continue to work together in prosperity as well as to work together as leaders of the free world to make the world a better place. In fact, an unnamed famous Manhattan poet, who spent extensive time in Russia as a cultural emissary sums up a great majority of our feelings that we all want to work together and that we highly value each other’s cultural capacity. As John F. Kennedy explained, “we all cherish our children’s future”

That is not to say that Russia’s actions should go unpunished – because we are not Russians, we are Americans and we must stand up for our values, not those of a foreign state. But there needs to be a strategic balance of power and Russia has most certainly tipped the scales/gone too far by influencing our election.

The whole controversy has everyone up in arms. Congress has already called for and is secretly investigating foreign influence in the election, which will no doubt touch on claims of a general exchange of the Presidency for the removal of sanctions. Yesterday, Representative Darrell Issa, who has served on the House Committee on Foreign Affairs, stated in a telephonic town hall meeting that there was hacking of the DNC and probably “hacking of the election” itself. Representative Maxine Waters has told the press that she believes that FBI Director, James Comey, who would have had privy to the investigative information – who could have acted more aggressively has “No credibility.”

Although he did end up attending the election, Representative Elijah Cumings explained that if “the public knew what Congress knew, they would boycott the inauguration too.”

And you can see this from the list of representatives not attending the inauguration. All of this tends to increase worry and legitimacy of the ultimate results of the election. With tension growing, there may be only one answer – that the Supreme Court must enforce the law of the land and hold a revote. There is a case in the Supreme Court where the plaintiffs ask for relief from the election as a result of possible Russian election hacking. The revote effort has gained steam over the past several days on social media and the group has setup a website to inform people regarding updates on the progress of the case.

At central issue in the case is the legitimacy of the election itself. In an earlier article, I discussed exactly how election hacking probably occurred, through removable media, such as a USB stick which is inserted into the voting machine after loading candidate and other information as well as updates. IT professionals have warned officials for many years of the urgent need to address such issues. And yet, so many offices have failed to take heed. Brent Turner, Secretary of the National Association of Voting Officials advocates for the use of Open-Source voting software which he believes is both less susceptible to hacking and also has built in layers of redundancy which ensure all votes are counted.

The case has already been laid out for officials which demonstrates how the hack might have occurred. Now, we just need to open those voting machines to confirm the hack as the virus would be next to impossible to remove. But there needs to be a real forensic analysis by renowned IT professionals. This is because the there is no need for a voting machine to be connected to the internet to get attacked by a virus. It is possible that a virus could be removed by another program being inserted to fix a virus, however, there are thousands of counties which would need to be cleaned prior to analysis if this was the case. But again, before there is a biased investigation into the voting machines to occur, we need to have a forensic analysis of the machines which involves all parties which remain untouched by interested parties.

Here are just a few considerations weighted on the side of completing an investigation on the matter:

Seriousness of the Charges

The charges are that a presidential candidate paid money to a foreign government in exchange for the lifting of sanctions as well as a business partnership, among other items not included in the dossier.

Credibility and Style of the Document

The style/manner of how the report was written – The report is written in a raw data format and non-opinionated, extremely lengthy, with many details that are arbitrary to the issue of whether the election was compromised. To some, the document is looking increasingly credible. If not credible, then perhaps used as a canary trap, designed to ferret out who might have been involved if the document is credible. Therefore, you might see actions taken as a result of the report to cover up unsubstantiated facts.

The Reputation/Character of the Person Composing the Report

The reputation of the person compiling the information – Christopher Steele is genuinely regarded in the intelligence community to have a good reputation, but he is still a former secret agent. So we really need to consider the actual points themselves within the document prior to dismissing all of the facts. The Guardian has a good article on this, but it was written a few weeks ago, before some of the recent developments which tend to lend credence to the dossier. However, it is still worth a look-over.

Russian media report that several Russian intelligence officials have been reported arrested for cyberattacks affecting the outcome of the U.S. election. And one was arrested for providing information to the CIA. The charges levied are treason and we can only speculate, but if I were working at the Kremlin, I would be very upset with agents who made it possible for the dossier to even come out in the first place. If the document is true, then many agents would have been involved and probably leaked intel to US officials or at least, they leaked it because the dossier was printed. The fact that there were actions taken in Russia upon intelligence officers after the election was influenced by hackers tends to lend credence to the fact the report is true.

The fact of the matter is that the facts are already out there and it is really only a matter of time before they are compiled into a narrative which explains the entire story. The best thing that can be done at this point, is damage control.

Again, many of Trump’s advisors have historically had business ties to Russia and might benefit from the removal of any Russian sanctions. This is yet another reason why we need access to Trump’s tax returns, if only to allay the looming controversy over the administration.

However, KellyAnne Conway has stated that the people have spoken and do not care about Trump’s tax returns and he will never release them.

All of this still begs the question of whether Trump was elected without influence, tampering, collusion or hacking. So assuming Trump did not win or did not win fairly, it is really an inappropriate defense. Tax returns and financial interests might be forced to be given, if a recent lawsuit asking for Trump to divest himself from foreign financial interests succeeds.

I submit that most people want Trump to release those tax returns, and this is a bipartisan issue, but he probably will not – and for what reason? The routine audit? It just adds to the controversy to not release them.

Lawmakers do not want to undermine the integrity of our democracy. However, they must realize that it has already been compromised. The core of our system has been attacked and it must be saved. Congressmen and Congresswomen, Senators, law enforcement officials, and others who sit idly by and allow our democracy to be hacked and the election to be compromised — whether it be through use of hacked emails or malicious viruses installed on voting machines, through collaboration with a foreign government, or through other attempts to undermine the election system are setting an IRREVERSABLE precedent which supports and promotes CHEATING TO WIN. And there can be no doubt that if we fail to act at this juncture, we are going down a dark path from which we shall never recover.

Brave politicians and leaders come forward and do your civic duty – fight for democracy — keep the dream alive!

Just because you are over COVID-19 doesn’t mean COVID-19 is over!

Wear a mask, keep physical distancing, and keep sanitizing your hands. We need everyone using & respecting the protocol until we have a vaccine. Do your part.

A leader. A fighter. A brilliant legal mind. A vocal proponent of women’s rights & gender equality.

No words can express our heartbreak. Rest in power, RBG. The Supreme Court will not be the same without you. 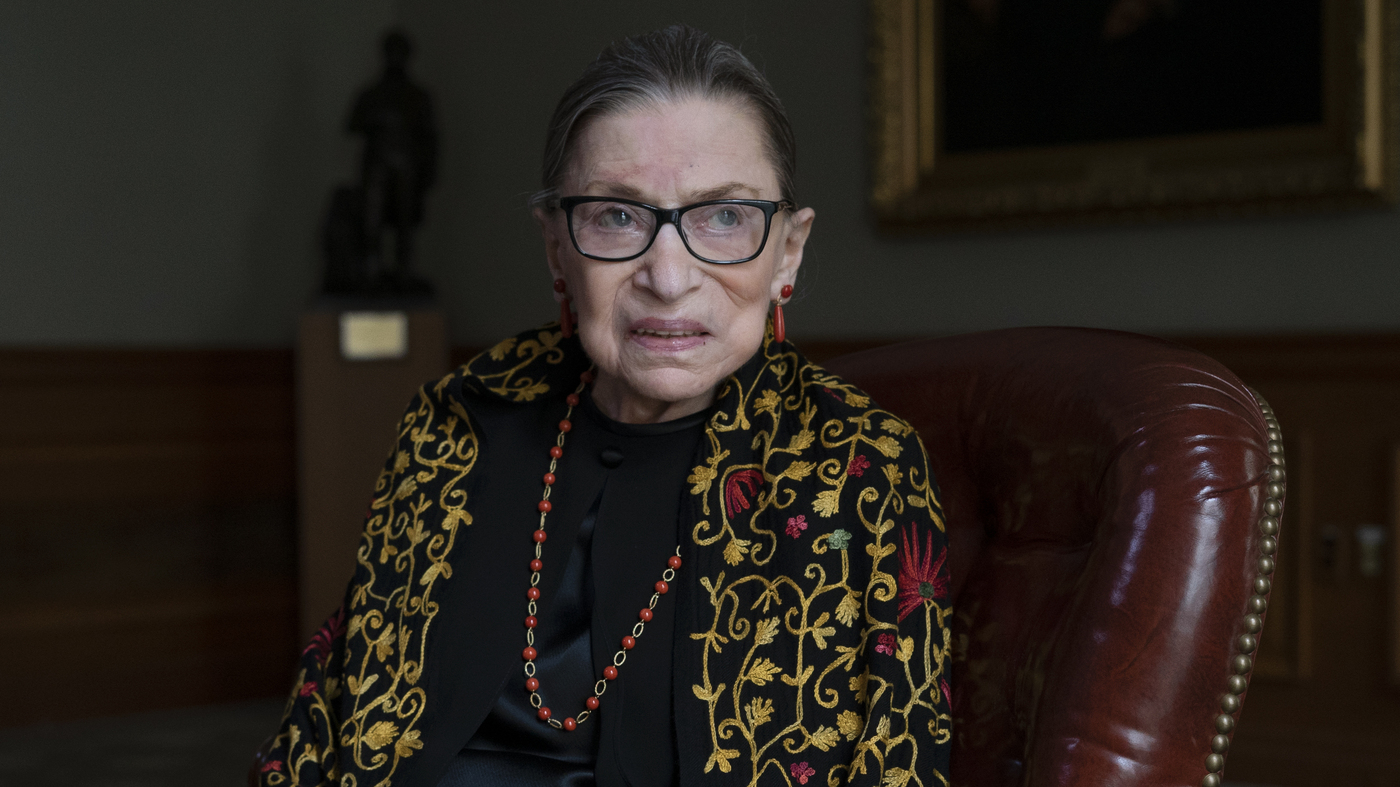 Ginsburg, the second woman to serve on the Supreme Court, died from complications from cancer. Her death will set in motion what promises to be a tumu...

The North River Farms developers can spend all they want, but they cannot buy our votes!!
Oceanside residents oppose this endless urban sprawl and attack on our farmland. Follow the money on this one, folks! 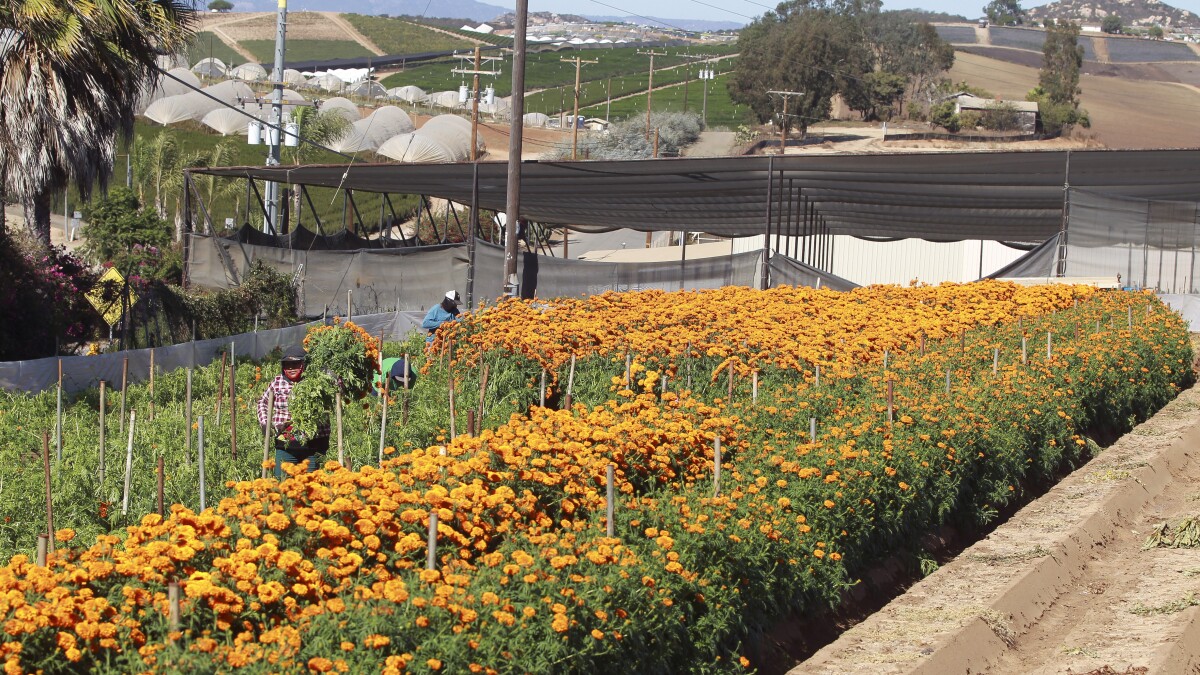 More than $200,000 contributed in August to save North River Farms project